The Milan Street Art Tour invites you to explore the b-side to Italy’s financial capital through the graffiti, mural and street art scattered around the city. Get a glimpse of an alternative Milan, and learn about the contemporary history through the colorful characters, appreciate underground art and be inspired by all the colorful walls and buildings.

Graffiti is considered to be one of the earliest forms of street art, dating back to early 1900s. What originated from the groups of young people and rebellious souls, as a movement towards social and political context, over many years developed into an artistic expression widely recognised for its techniques and meaning. Stencil art, wheatpasting, sculptures, sticker art and street installations are just a few examples of the methods that soon became a proof of the street art evolution.
Blu, Sten Lex and 108 are some of the widely known legendary Italian street artists, whose work is not to be missed when visiting Milan. Via Conchetta and Via Predil are home to a Blu street masterpiece; a mural that stretches over 300 metres visualises bicycles on thousands of cars, reflecting environmental and transportation issues in the city. Leoncavallo, one of the biggest ‘centri sociali’ in Milan, is another stop during our tour. The location is known to have the highest number of street art creations, considered an art mecca for the wide range of artists that left their mark in the complex. The area is particularly recognised for the works of the talented Mr. Blob for his unique ability to tell contemporary visual stories around current concerns.

We continue onto Isola, a neighbourhood in the north of Milan surrounded by industrial buildings and railway tracks that has recently undergone an urban requalification. The street art here is a lot more subtle than in Leoncavallo, mostly commissioned by local businesses.
Basilica di San Lorenzo, one of the oldest churches in the city, is among the highlights of the street art tour.

Commissioned by local parish, Don Augusto Casolo, who wanted to highlight the difference between vandalism and contemporary art using the church wall for creative purposes rather than meaningless graffiti. He put together a team of outstanding artists, including Mr. Blob, Encs, Gep, Luca Zammarchi and asked them to visualise the past, present and future of Milan.
This work of art represents important historic figures like Napoleone Bonaparte, Giuseppe Verdi, Alessandro Manzoni, Leonardo da Vinci as well as events such as conflicts between Sforza and Visconti families and the second world war.
These are just a few of the spots you will explore during Milan Street Art Experience. The tour can be done on foot, by bike or by public transport. Where: sub-Milan
Contact us to find out more about this itinerary, or to make reservations. 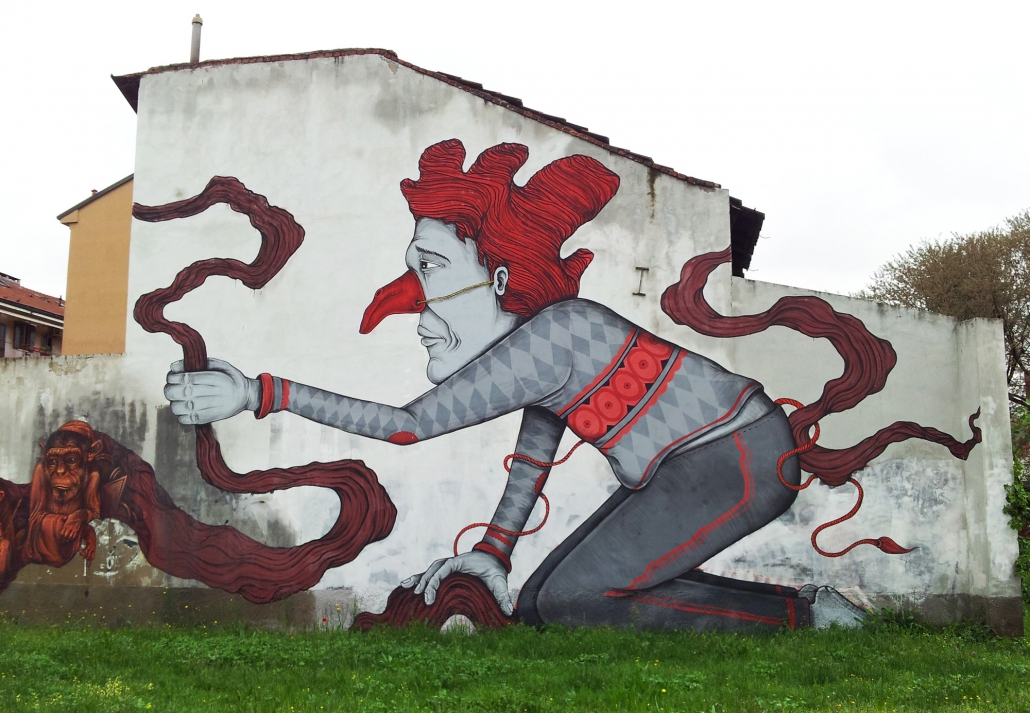 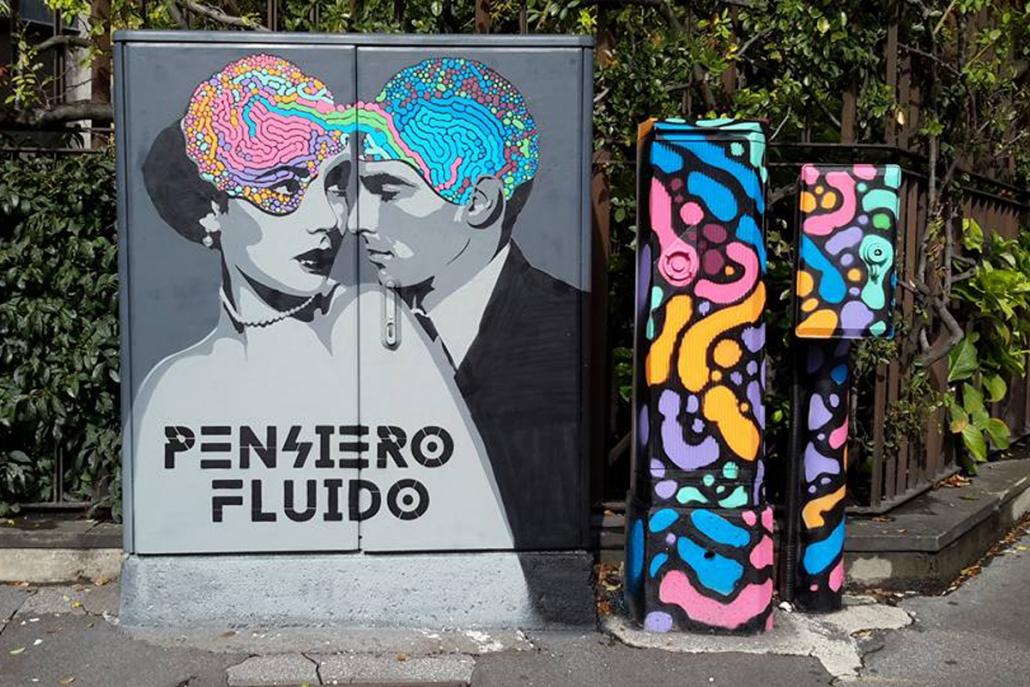